My first comic in Chinese

Here is the Chinese version of a promotional comic that I drew for the new MA Programme in Comics Studies at the University of East Anglia (the first English-language program of its kind in the world), which is being headed up by my dear friend Frederik Byrn Kohlert. The student in the back row at the bottom of the second page is modelled on Sanmao, a beloved Chinese manhua (comics) character  created  in  1935 by  Zhang  Leping.

A big thank you to historian of Chinese comics Nick Stember for is invaluable feedback in creating the hand-drawn Chinese characters, and for laying out the typeset characters. 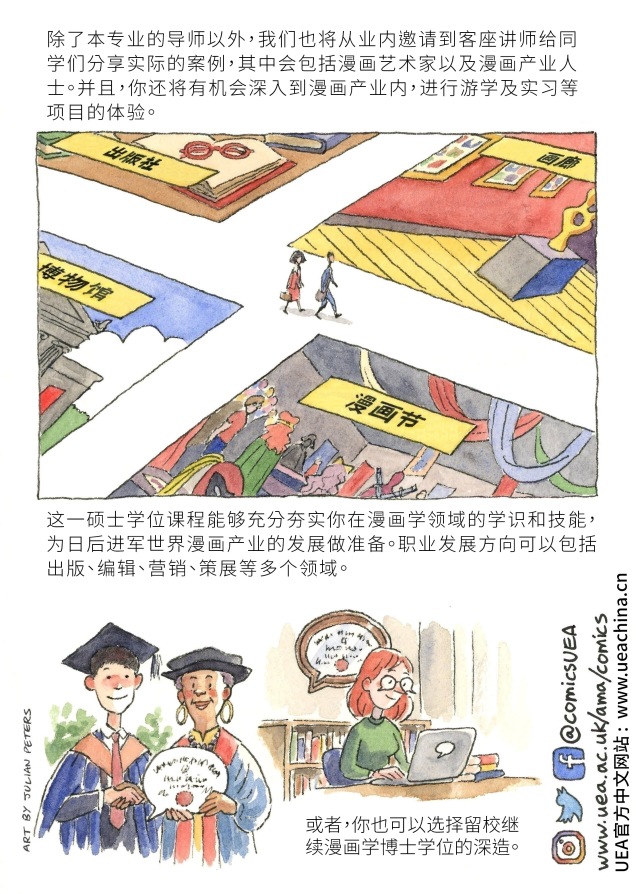