Each in His Narrow Cell – Graphic Novel Sample Section

What follows is a 60-page sample section of “Each in His Narrow Cell,” a graphic novel recounting the siege of Quebec City and the Battle of The Plains of Abraham in 1759. It is important to note that this section does not represent the beginning of the graphic novel, but rather constitutes more or less the second fifth of what will be an approximately 300-page-long narrative.

The section opens with the French commander at the siege of Quebec, General Louis-Joseph de Montcalm, finally returning to his beloved chateau of Candiac, in Southern France. To fully understand the scene, it is necessary to know that just before the beginning of the siege, Montcalm received the tragic news that one of his four daughters had died. Although from across the Atlantic Montcalm was not able to ascertain which daughter he had lost, he assumed it was his youngest, Mirète, who had long been sickly.

All the characters from a particular nation are depicted in shades of one characteristic colour -blue for the French, red for the British, yellow for the Odawa, purple for the Haudenosaunee (Iroquois), and so on. Similarly, the colour of the lettering in the speech bubbles indicates what language is being spoken. In this section, characters are presented speaking in French (blue), English (red), Scots Gaelic (green), and Mohawk (purple).

Beneath those rugged elms, that yew tree’s shade,

Where heaves the turf in many a mould’ring heap,

Each in his narrow cell for ever laid,

The rude forefathers of the hamlet sleep.

̶ from Elegy Written in a Country Churchyard by Thomas Gray (1751) 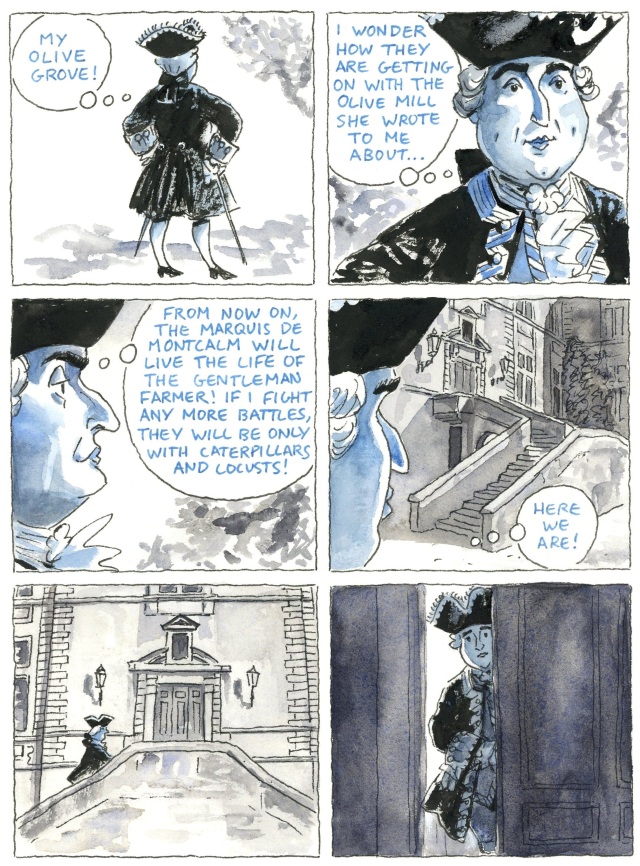 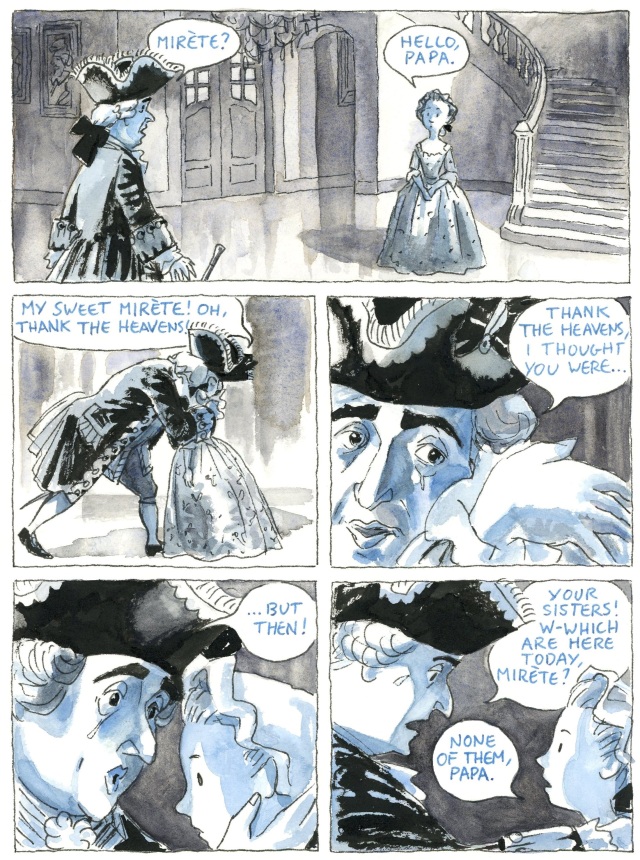 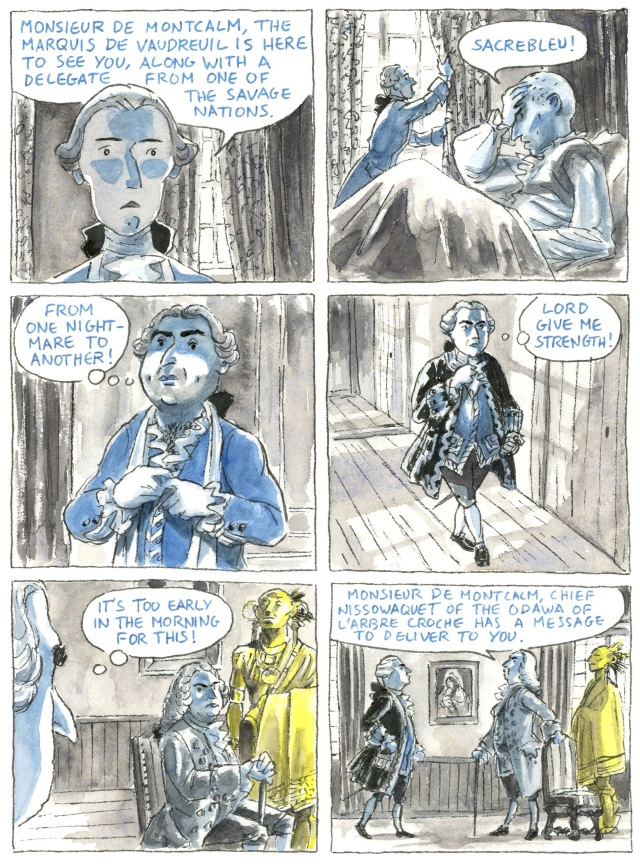 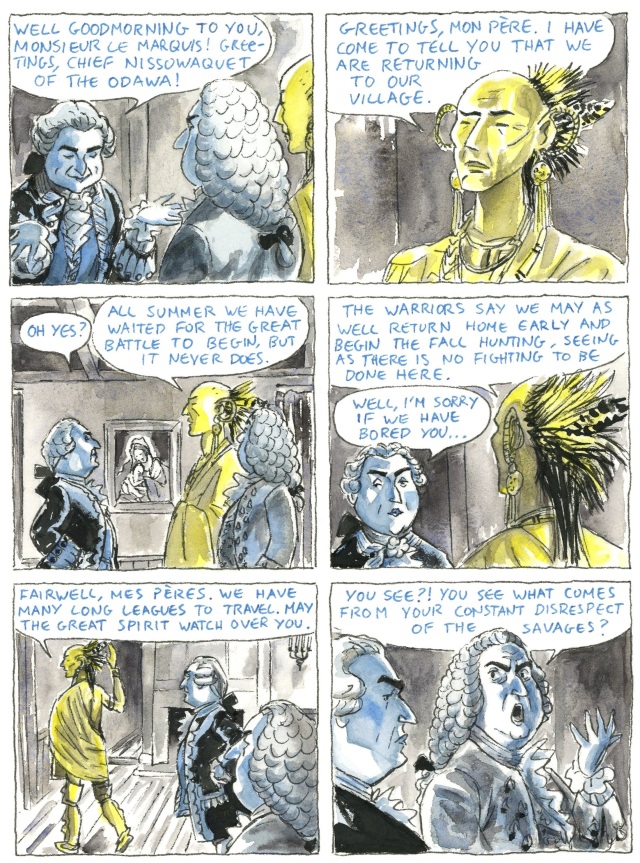 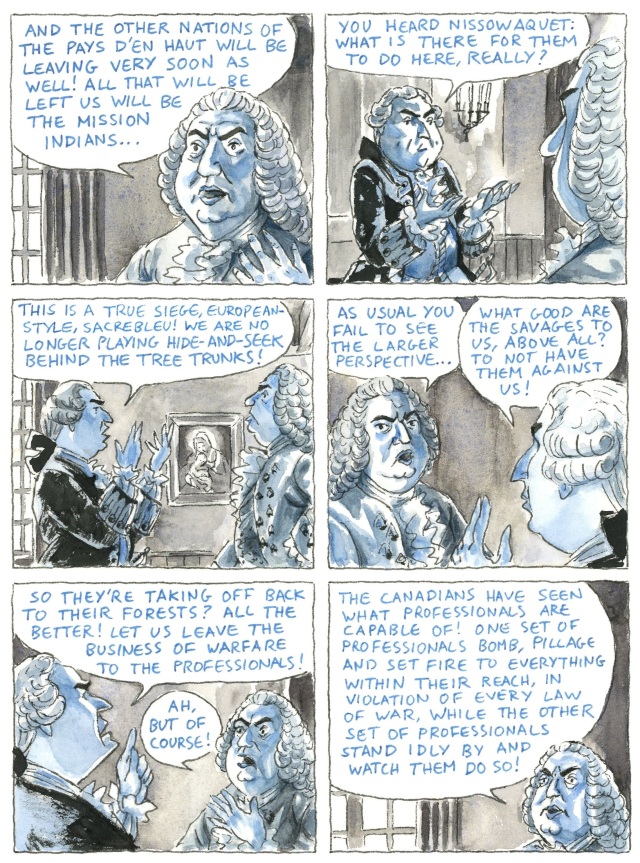 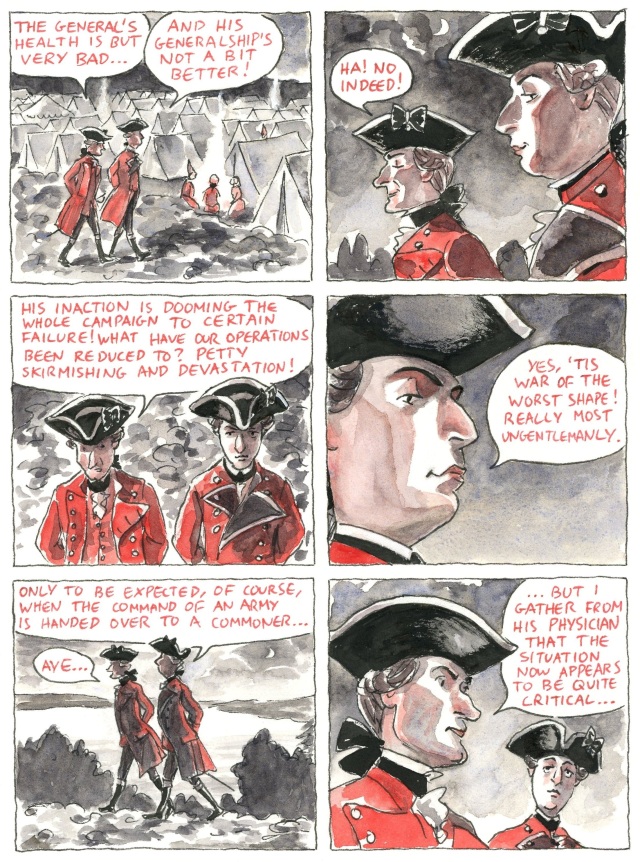 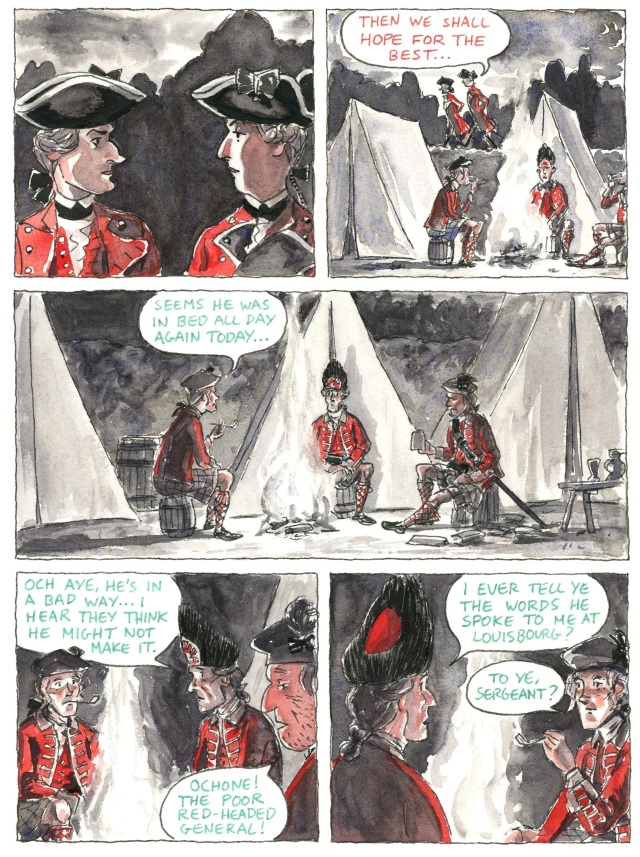 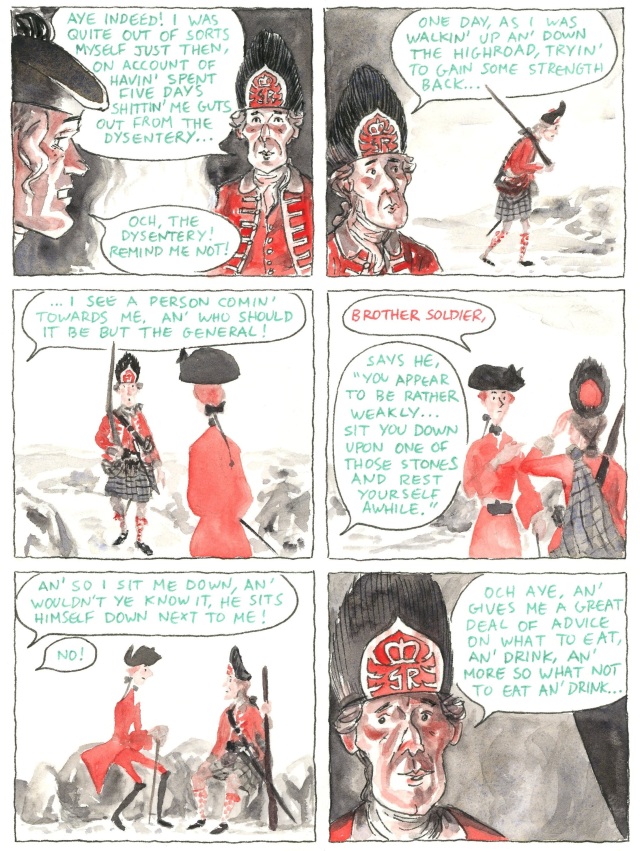 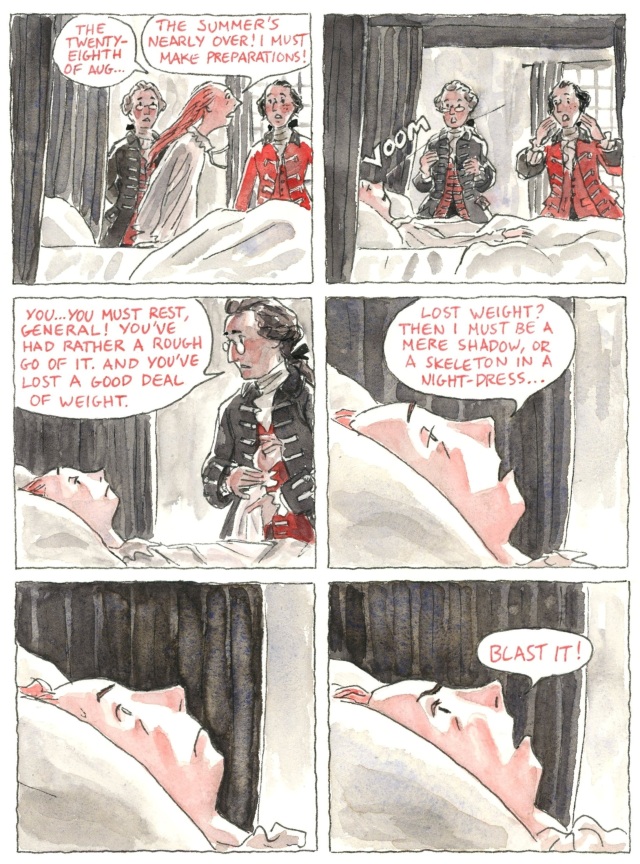 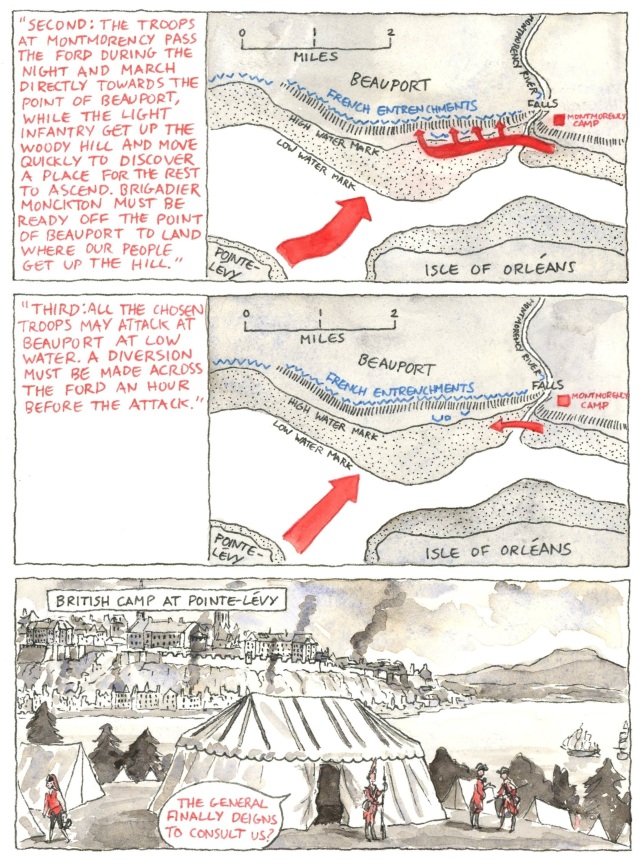 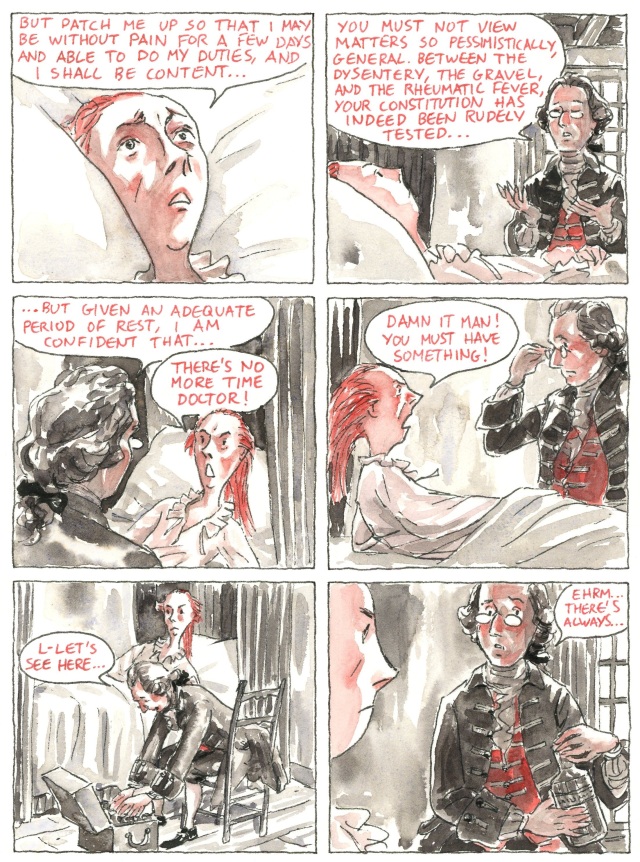 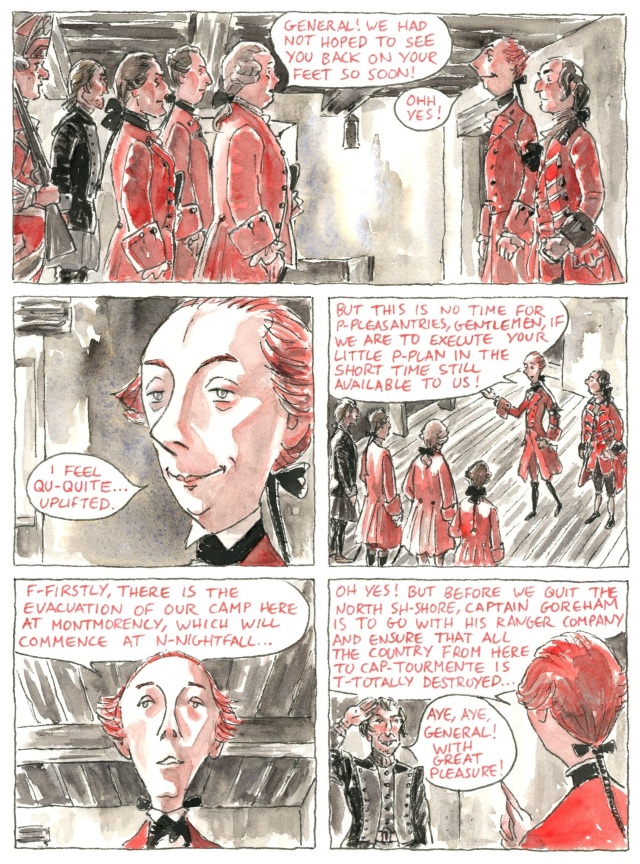 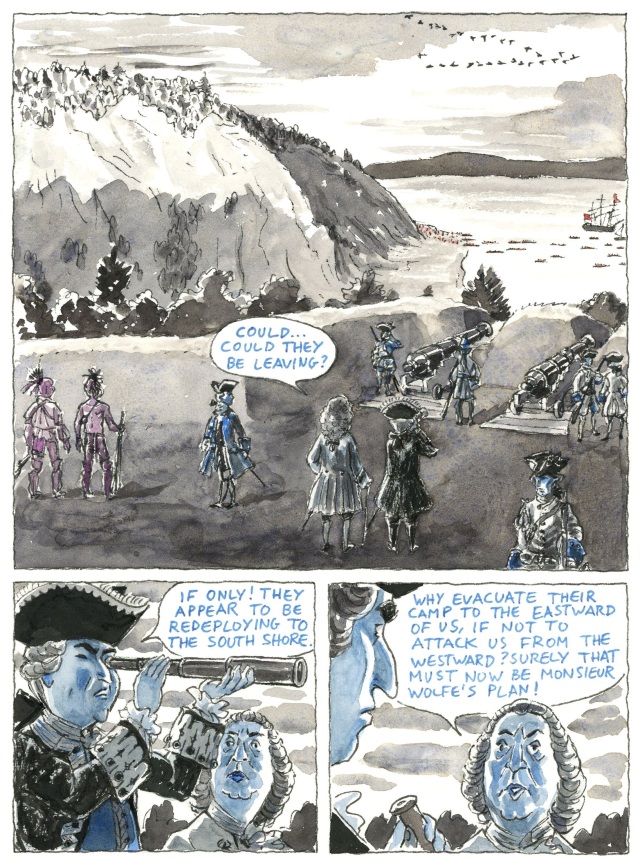 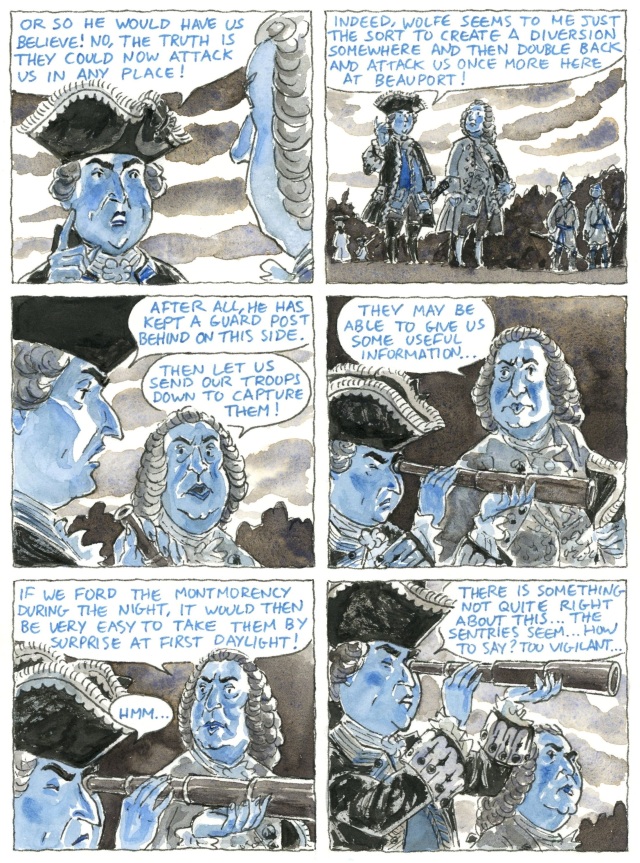 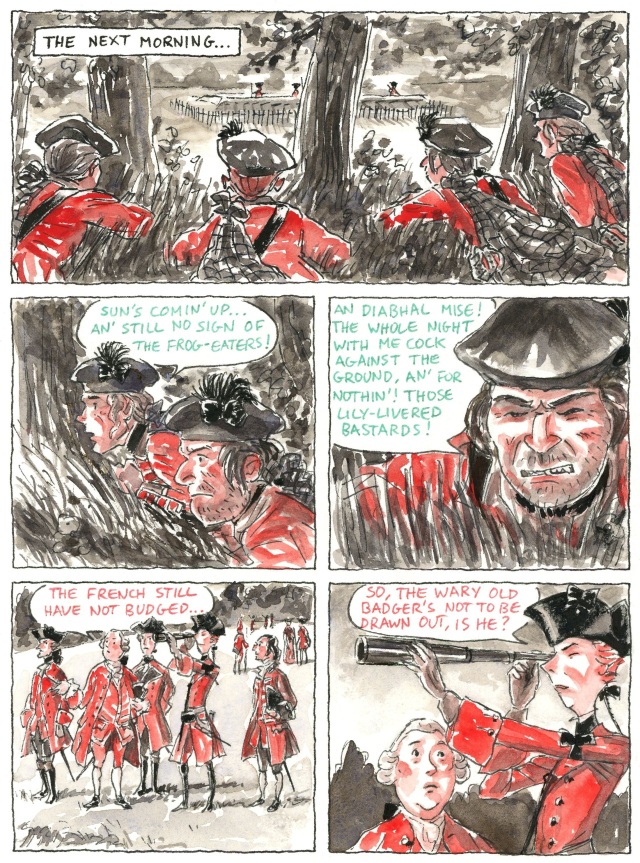 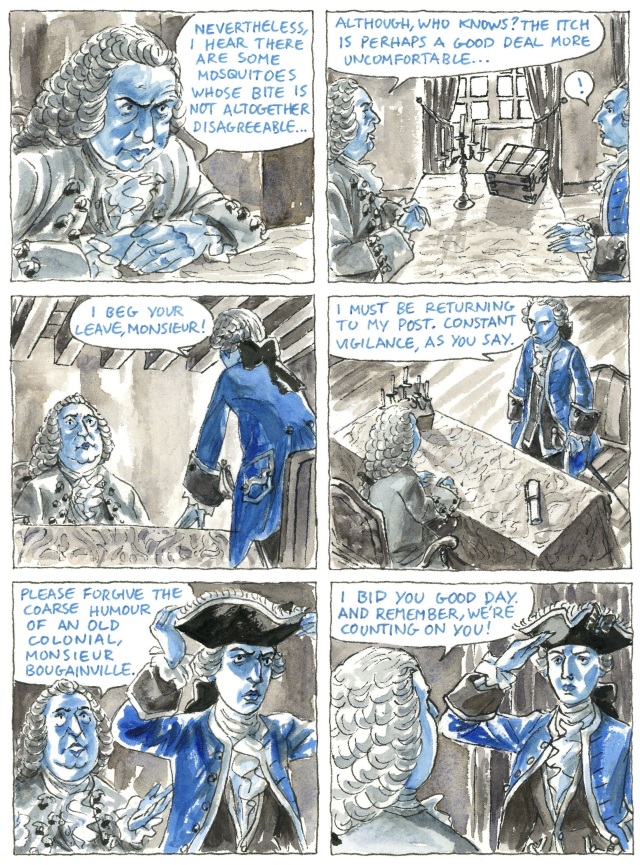 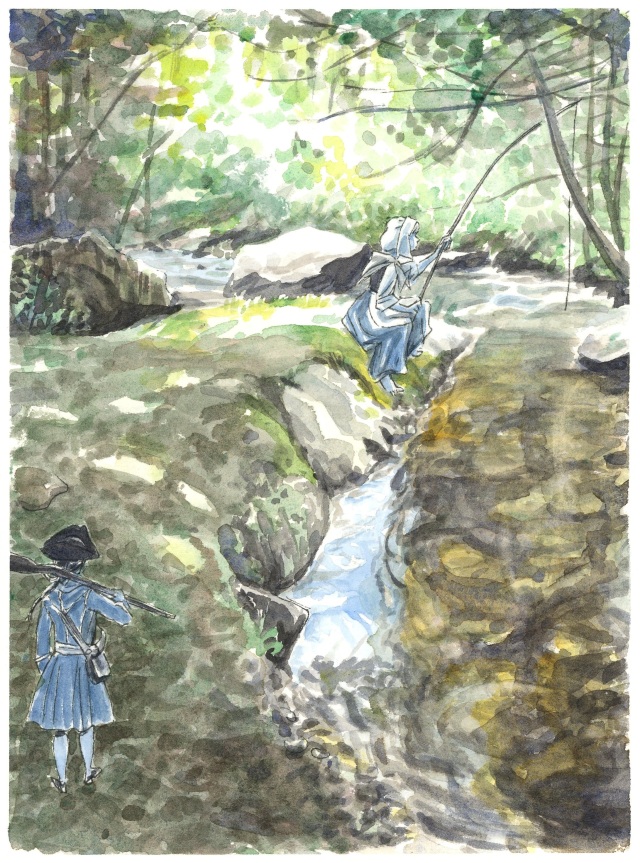 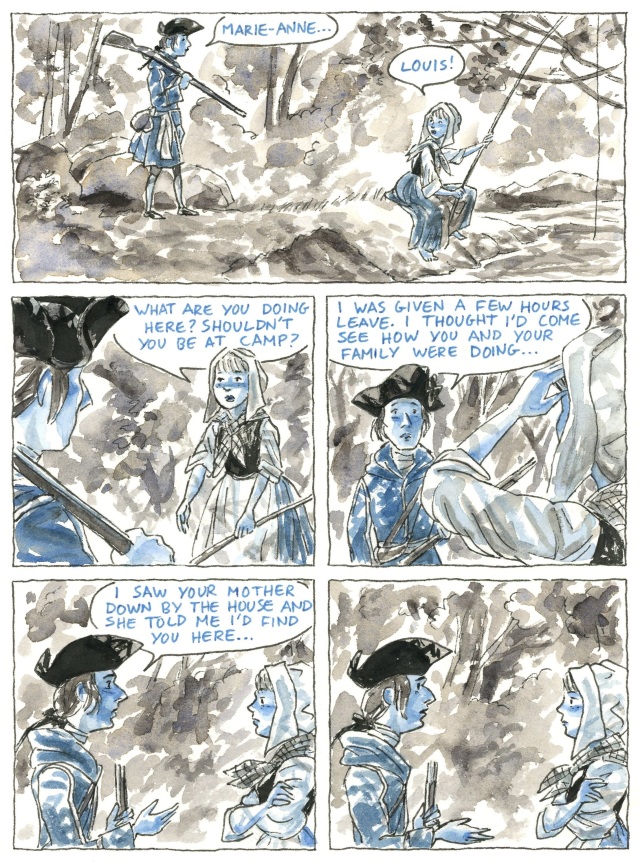 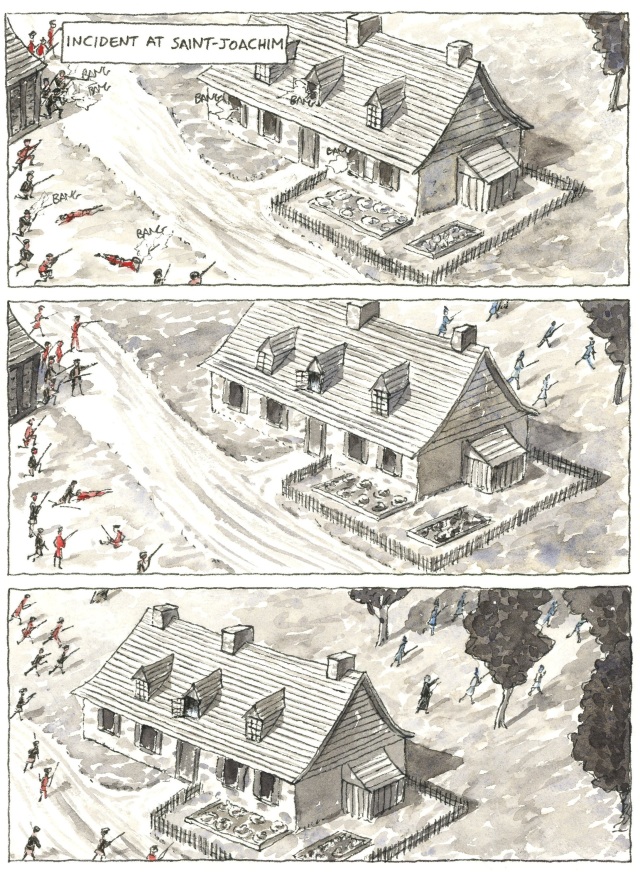 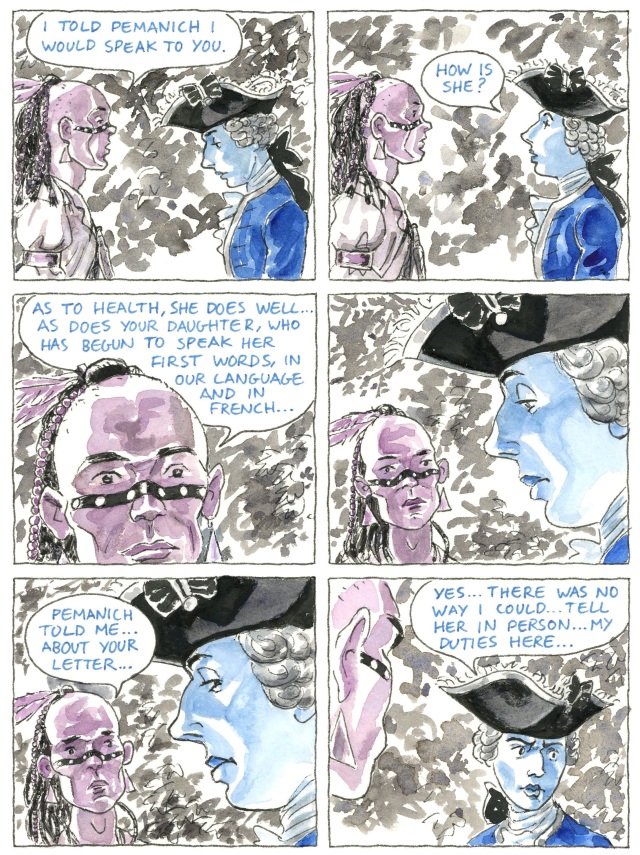 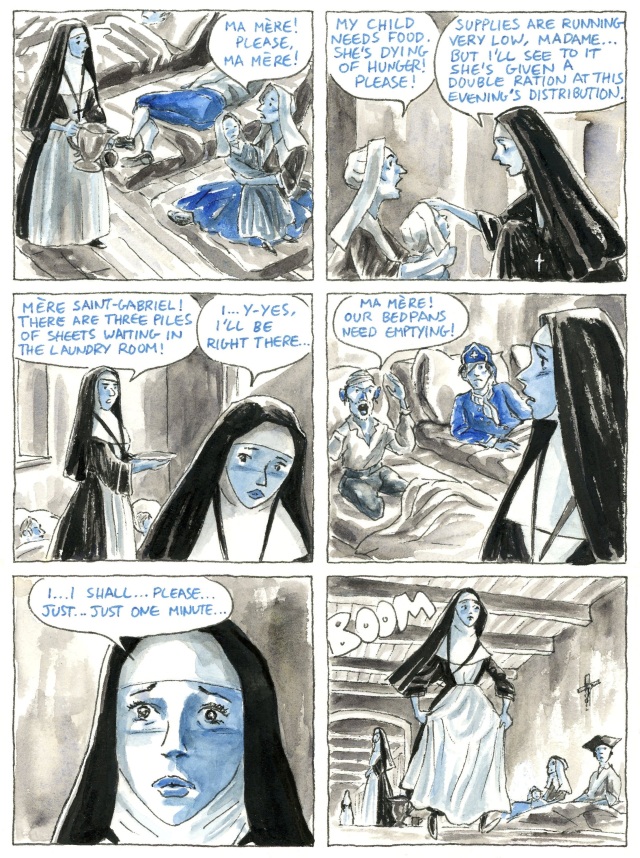 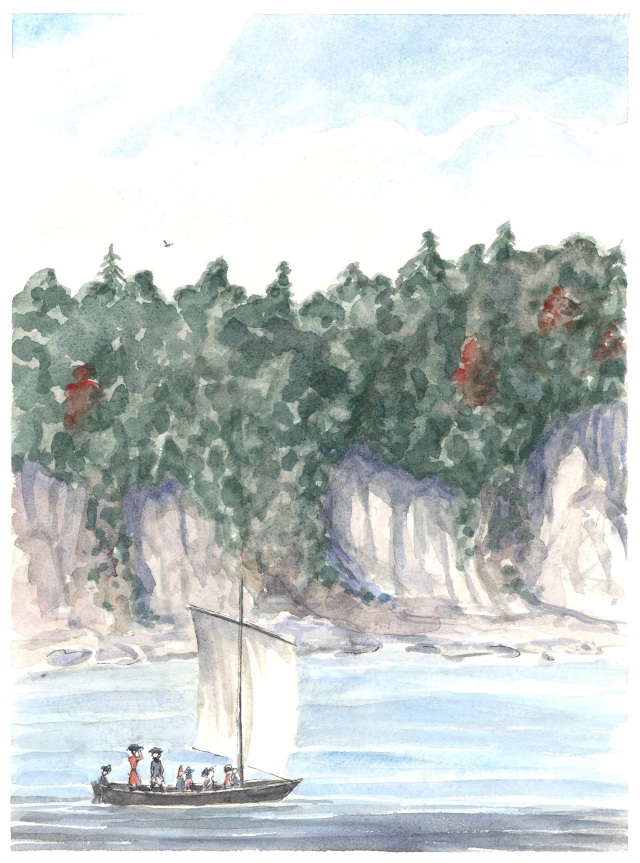