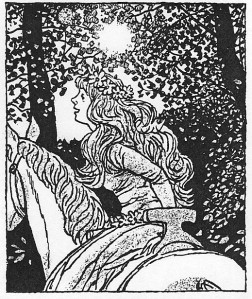 To my great delight, my comic book adaptation of John Keats’ “la Belle Dame Sans Merci” is to be included in an exhibition taking place this year at the Keats-Shelley House in Rome. http://www.keats-shelley-house.org/   The show, entitled “Illustrating Keats”, will include images from all the major illustrated editions of Keats’ poetry from 1856 onwards, as well as some contemporary interpretations of his extremely visually-inspiring works.  The originals of three of the pages of my comic are already in Rome awaiting the tremendous honour of being hung on the walls of the very house in which one of the greatest poets to ever wield the English-language spent his final days (before dying of tuberculosis at the age of twenty-five). The show runs from April 9 to November 24.